skip to main | skip to sidebar

There was crying coming from the bathroom.

Donna, known by most as the cute red-head, ran into the bathroom holding the Sword of Gryffindor. The fabled sword had been bestowed to her while she was on her first-year boat ride to the school. Earning the sword so early was unheard of but Donna's talents were equally uncommon. Rushing across the tile floors Donna held the sword blade down, as any responsible witch would do, when she realized which bathroom she had entered. The crying was no doubt from one of the oldest students at Hogwarts School of Witchcraft and Wizardry: Myrtle Warren, or as she had be dubbed by the men of the school, "Moaning Myrtle." The cute red-head had no time for such limiting descriptive monikers.

Bracing the sword tight, Donna kicked open the stall door to find Myrtle dry-eyed even though the crying persisted elsewhere in the room. Myrtle pointed with a shrug to the stall door opposite her. Donna, again bracing the sword tight, kicked open this door and found a lowly creature.
"What's your name," Donna asked the shriveling thing.
"Sexybeard," he said, looking up to meet her gaze.
"Oh you're that 'Crabbe and Goyle' guy. Gordon, right?" she relaxed the grip on the Sword of Gryffindor.
"Are you crying because you killed Yo-Yo?"
Gordon shook his head "no."
As if a spell had been lifted she suddenly saw the rest of the bathroom. It was a mess. Sinks bashed in with a clumsy effort, water spraying out of toilets, ancient fixtures rendered useless.
Gordon, when asked, gave up the truth that he was looking for the Chamber of Secrets.

Somehow, beyond any reason a muggle would be able to comprehend, Donna found this endearing and within moments opened the Chamber of Secrets herself. Gordon didn't understand how she did this without a hammer.

As the two young students entered the Chamber they discovered a scene already in motion. That wizard Joe Macmillan was talking to somebody down in the depths. Joe spoke with a confidence entirely absent from Gordon's life experience.

"We're not friends," Joe said lifting a book, "we're family. We'll see each other at Christmas, every other year. We'll nod to each other across the room, and after about 45 minutes of fake chit-chat and butter beer, I'll make an excuse, 'We have to be somewhere. I'm so sorry.' And when the Slytherins ask me who that tall gray stranger in the diary is, I'll remind them, that's Tom Riddle."

With that Joe Macmillan stabbed the book. Donna, not for the first time, wondered if maybe she should work with Joe but immediately dismissed the thought and decided to hitch her thestril to Gordon's proverbial carriage.

Joe didn't see Gordon and Donna as he left the subbasement and came upon a noise behind the moving stairs. People were having fun. He hadn't heard laughter for weeks, not one smile since Yo-Yo died. Turning the corner he saw her, the short-haired girl with eyes as pure as bubbles, Cameron. She was talking to house-elves and having fun doing it.

Joe, with the sleeves of his robe rolled up to 3/4 length, introduced himself and asked her about the house-elves. She explained how when they're not taking care of Hogwarts' cleaning and food needs the house-elves are "free." The word stuck in her throat, immediately realizing how captive they really are at Hogwarts. Not just herself and her mold-breaking desires, but also the house-elves who are bound to duties. She had an idea for a club called Mutiny that would explore breaking the rules of house-elves and witchcraft.

Cameron's idea gave Joe another idea. He saw the potential of house-elves' time away from Hogwarts' related tasks. He walked away thinking about what he could accomplish with the nearly limitless efforts of house-elves. If only there was a space where he could work out his plan. And then, just as he needed it, a door opened in the middle of what had just been a solid wall. It opened to a room equipped with everything Joe Macmillan required.
Posted by Zachary Scheer :: zscheer@gmail.com at 9:20 AM No comments:

Halt and Goblet of Fire 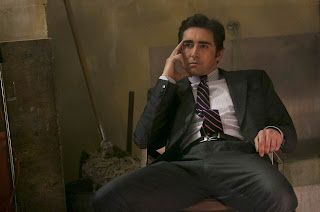 It was 1985 and before the Sorting Hat could say Slytherin, Joe MacMillan said "I want Hufflepuff."

In the Great Hall Joe sat down with the other newly appointed Hufflepuffs. His chosen seat was beside Gordon who was obsessing. Gordon, in trying to impress the cute redhead in Gryffindor, made a joke about how his name was Gordon, "as in Crabbe and Gordon" forgetting not only that the reference should have been "Crabbe and Goyle" but also that these two wizards would be the cause of great turmoil at the Hogwarts School of Witchcraft and Wizardry in the near future. This was of course only according to the irrational tea leaves of adjunct professor Trelawney but it seemed in poor taste all the same. The joke worked like social polyjuice potion, tasting bitter and turning Gordon into a real clown. Somehow the red headed witch still smiled. It was beyond anything anyone could understand. Even Gordon himself wondered if he'd used a love potion on her and just forgot about it. He'd been using a lot of potions in the last 20 months and couldn't remember all of them. Gordon turned to Joe with all of these preoccupations clear to read on his conjunctivitis cursed face.

Joe's concerns were elsewhere and more focused. His thoughts were divided in two between both the house points in the hour glass and the short haired girl in Ravenclaw. Joe MacMillian had a plan for obtaining house points but nothing for her. She couldn't be understood by his understanding. She was raw talent incarnate. Like being hit with a spell, any spell, Joe's thoughts went still when thinking of her. Joe didn't know the particulars of spells well enough to diagnose this frozen feeling but he knew he had to be with this Ravenclaw. Gordon leaned over to inform Joe that the spell he's thinking of is most likely the freezing spell "Petrificus Totalus." All that did was anger Joe and strike Yo-Yo dead with a glacial blast.

Gordon's insufferable fucking up succeeded in bringing Joe's mind back to his objective, and if he'd ever admit to being helped, it also inspired a new goal. Before the year was out Joe would find a way to freeze the house points in Ravenclaw's hour glass forcing a merge with Hufflepuff. Also, before returning home for the summer to deal with his private and troubled past, Joe MacMillan will win the short haired Ravenclaw for himself. As sure as Voldemort's impending return, there was no spell to cure the scars on his body but maybe, just maybe, this Ravenclaw could cure his loneliness.

Posted by Zachary Scheer :: zscheer@gmail.com at 11:28 AM No comments:

Don of the Planet of the Apes FanFic 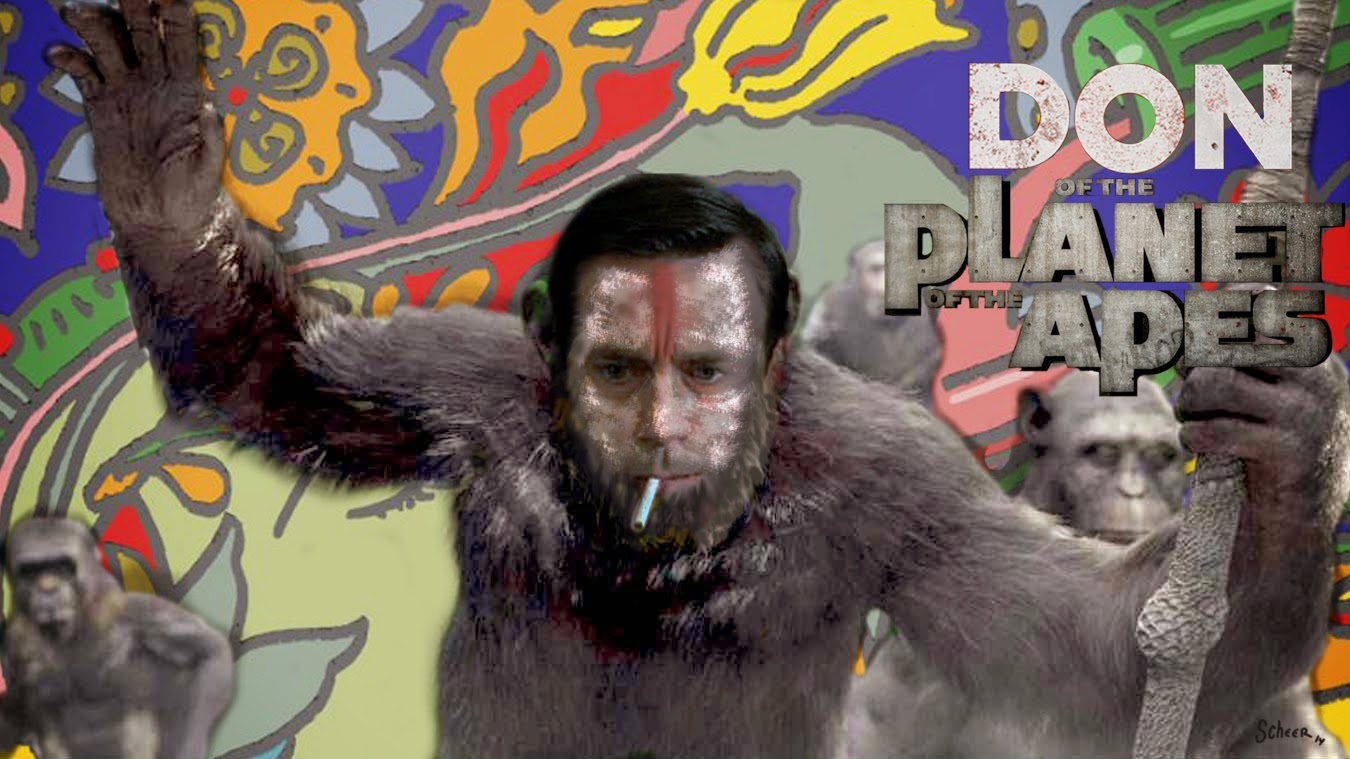 
Posted by Zachary Scheer :: zscheer@gmail.com at 5:32 PM No comments:

For summer blockbusters, thematic twins hitting theaters at the same time has been a given since Dante’s Peak and Volcano both erupted in the summer of 1997. Then, as if to cement this phenomenon, 1998 followed suit with two movies about the world getting hit with a space rock in the form of Deep Impact and Armageddon. Last year there was a pair of Snow Whites, and by Friday will have had two White House takeovers.  Playing in theaters right now are Monsters University and Francis Ha, two films that couldn’t seem more different but in fact share an extremely rare strand of DNA.

One is an animated legacy born to be a blockbuster and the other is an indie darling predestined to be seen more On Demand than in theaters. Though they come from completely different pedigrees, they share something deep in their core theme. Both stories are about compromising lifelong dreams for the sake of a more stable career. This summer children and young adults alike will be relating to characters that choose jobs that are in field that they love but in more administrative capacities.

Monsters University is a prequel to Monsters, Inc. and tells the story of how Sullivan (the big blue one) came to be the top kid scarer on the scare floor, a tale linked entirely to the reveal of how Mike (the small green one) came to be his excellent assistant. This relationship becomes tragic when it’s revealed in the first scene that Mike’s dream has always been to become a scarer, not the monster helping the scarer. The audience soon realizes that this is going to be a story of aspiration losing to reality and a character’s acceptance of his lot in life. However, since this is a geared to be an uplifting movie, the storytellers find a way to turn this potentially depressing notion into a celebration by having the character find a way to actually be excited about this less romanticized outcome.

Francis Ha tells the story of a girl who wants to be a dancer and choreographer but (spoilers) settles for a desk job at the company. Since this is the only film in the Francis Ha franchise we don’t know where her story is headed until it gets there naturally but when it does it is with a similar air. Francis, a durable dreamer, finds peace in her desk job and continues to follow her passion on the side. Unfortunately for Francis, the audience is left with a feeling that the side is where her career in dancing will stay. She is content and we as an audience are made to feel similarly.

There are other shared connections between the two films such as bearing witness to varying degrees of nepotism and living with wealthy peers who don’t struggle as much as the lead character but it’s this odd final note of happily giving up that’s the real mutual disaster flick happening here. Perhaps even more than most cultural mediums, cinema has the ability to speak on behalf of a generation. For ages 8-32, these films herald the era of quitting while behind and calling it ahead. The summer of 2013 seems to be about playing it safe and convincing the audience that they should be happy with it.


Posted by Zachary Scheer :: zscheer@gmail.com at 10:42 AM No comments: 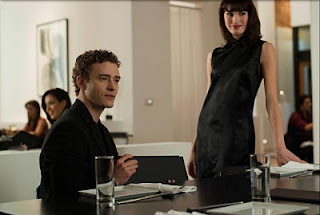 "You know what's better than a million poodles? A billion dollars."

Three weeks later we were up and running. The first pet hospital exclusive to graduates of Madam Rough's Doggie School. There was just one problem. The dogs weren't getting sick. Madam Rough had died several years ago in a fire sparked by lightning bugs when the dalmatians were all out on holiday. Since then her body, limp but not lifeless, roamed the hallways much like a zombie. But I'd prefer to call it a virus. Anyway it infected the dogs that she bit and now they all have a fine bill of health or lack there of. Zombie Dogs. That's what I'm getting at.
Posted by Zachary Scheer :: zscheer@gmail.com at 11:23 AM No comments: